Why is My Clothes Dryer Plug Different from My Hair Dryer Plug? 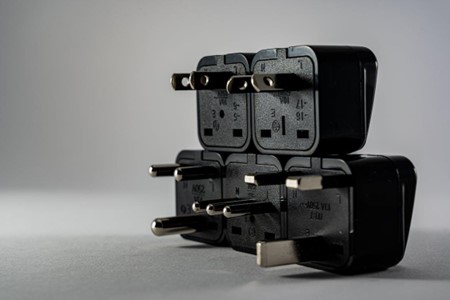 Why is My Clothes Dryer Plug Different from My Hair Dryer Plug?

You plug something in to the wall and turn it on, and it works. Terrific. If not, you have a problem.

This describes most people’s relationship with home electricity. You know that if it works, it works, and if not, something is wrong. And in many cases, that means someone else needs to fix it.

But there is a lot more to electricity than on and off, working or not working.

One of those differences is in the amount of electricity it takes to do a certain job. You are familiar with the terminology for measuring electrical energy. It is measured by volts.

Most appliances and lights require 110 volts. The standard two or three prong plug is designed to safely deliver 110 volts to your computer adaptor, phone charger, mixer, hair dryer or light. And some cords include a third prong for the purpose of grounding.

The third prong on your plug is a ground wire. In short, it is a safety valve.

You may have heard that lightning takes the shortest path to the ground. This is true for ALL electricity. And in case there is excess electricity, say because of a lightning strike, or because your toaster cord is not working correctly, and ground wire can save your appliance, and perhaps your house and your life.

When there is a “short” – that is, when electricity goes somewhere it is not supposed to go – it begins to look for the quickest way back to the ground. The grounding prong, set up within the wiring system of your house, gives it that quick route back, instead of traveling through your walls or, worse, traveling through you.

But what about my electric clothes dryer?

Your electric clothes dryer has a larger 3- or 4-prong plug because it is doing more work, and thus it requires more electricity. To do the large work of heating air while circulating your clothes, an electric dryer requires 240 volts which is twice as much as your hair dryer.

As you might expect, in order to carry twice as much electricity, or twice as many volts, safely, the wires need to be larger. Additionally the prongs need to be larger, and the safety grounding is no longer optional. Instead it is built into the entire system.

These three or four prongs are built differently so they can never be accidentally plugged in to the wrong outlet, which would damage the wires and potentially cause a fire.